The #FailedLeadership and corruption dates back several years and involves Huizar and others working for the City of Los Angeles conspiring to intentionally tank our 2017 election to create the SRNC, in favor of Downtown LA and overseas real estate developers. 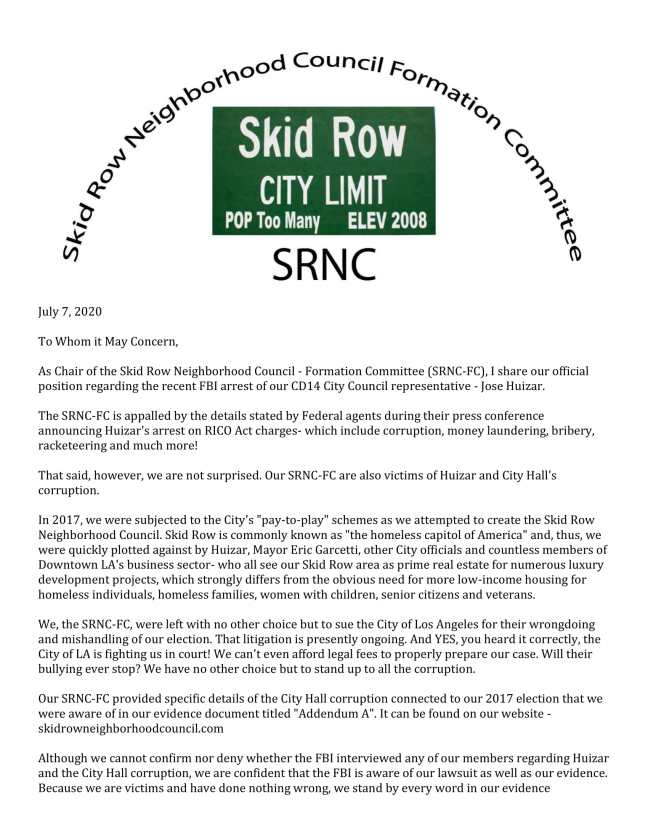 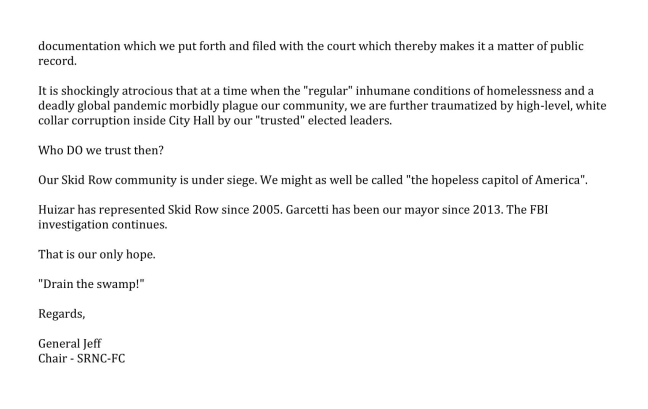 We Can Work It Out/SRNC-FC “Theme Song”